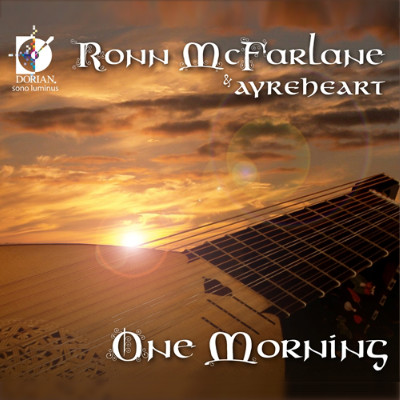 A new day dawns with GRAMMY® nominated lutenist Ronn McFarlane's new album One Morning. The follow-up release to his wildly popular original music album Indigo Road, Ronn continues to show the world that the lute is a living instrument suited for more than just classical performances by past composers, but is ready to introduce new music into the world. Joined by his new group Ayreheart, this album further explores the world of the composer/performer.

One of the most outstanding lutenists performing today, Ronn McFarlane is largely responsible for bringing the transcendent charm and timeless quality of the lute into the musical mainstream and making it accessible to a larger audience. Ronn has recorded numerous albums with Dorian Sono Luminus, performing lute works of the master composers of the past including Dowland and Bach and now, this master performer continues to enrich the world with this new album, bringing his exciting blend of classical, renaissance, folk, and pop music to the masses. Joined by an amazing new group, Ayreheart, this album includes flute, harp, bass, percussion, and vocals, as well as backing by string and choral ensembles. The songs with vocals truly harken to the days of Dowland, with Ronn functioning as the composer, lutenist, and lyricist. Having been nominated for a GRAMMY® award for Indigo Road in the category of Best Classical Crossover album, Ronn continues to blur the lines between genres, creating a musical experience for all music lovers to enjoy. The lyrics to the title track describe it best: 'One morning, one morning in the sunshine you'll arise, realize it's a new day. Eyes awaken, dawn is breaking. One morning, one morning in the sunlight breathe the air, everywhere, in the morning light. It's a new day.'

ayreheart.com is powered by Kulture Partners LLC.
Branding, Marketing, and Strategy for the Arts.